We are delighted to reveal our second short film will be, The Green Room, written by Aaron Weight, who will also be directing it too. Please welcome…

Frankie started acting when she was just 7, when her mum took her to acting classes with the lady who had taught her. As a child, she performed at festivals and took exams, which led to her wanting to learn more. She went onto study in Barcelona at the Institute of the Arts, followed by a years training in London with Fourth Monkey Theatre Company.
With a background mostly in theatre, (Hermia – A Midsummer Nights Dream, Polly Perks – Monstrous Regiment), Frankie got her first professional theatre tour at the end of 2016. She started working more in TV & Film, where she worked on many independent short films and sketches.

Rosie is a Northern actress who has worked extensively in theatre since graduating from East 15 Acting School. She is also a writer (Meal Ticket, The Underbelly and Half-Silvered, Doncaster). Theatre venues include: Leicester Square Arts, The Lowry, The Curve, Northern Stage, Alphabetti, Custom’s House, Halifax Square Chapel and Theatre in the Mill. TV/Online credits include The Lending Stream, Harvard Accountants and Coral Windows. She also appeared in a Rizzle Kicks music video and a behind the scenes feature on MTV. 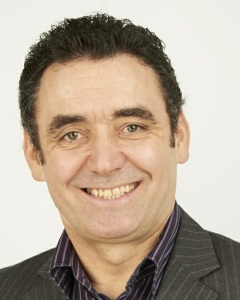 Shawn has been working as an extra in top films and TV shows such as Wonder Woman, The Crown and Eddie the Eagle for many years. Shawn has also previously worked for LBP Productions, starring in our first short film, Time.