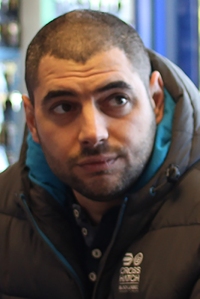 We would like to introduce our last cast member for ‘The Way to a Man’s Heart’, Lambros Panayi, as Dean.

Lambros is an electrician by trade and only made his acting debut on LBP Productions’ last short film, ‘Struggle’. He did such a fantastic job we asked him back and are delighted he accepted the role.